Injustice on rise for lack of governance Says GM Quader 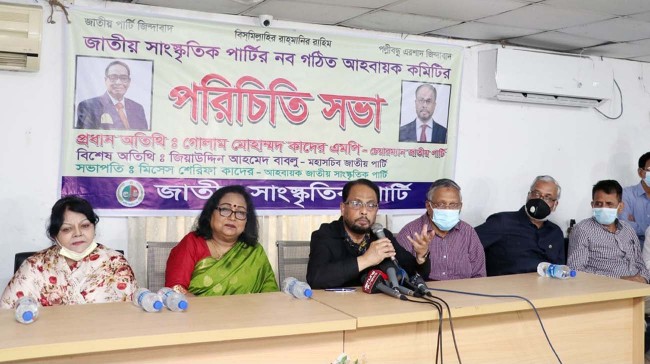 Injustice on rise for lack of governanceSays GM Quader
Incidents of murder, rape and injustice are happening more frequently in the country due to a lack of rule of law and good governance, said Jatiya Party Chairman GM Quader yesterday.
“People are taking law in their own hands because there are some shortcomings in rule of law, which is not acceptable,” he said.
Speaking at a programme at his Banani office, the deputy leader of the opposition also said incidents of murder and rape in the country have become an international issue.
Condemning the brutal killing of a man in Lalmonirhat, GM Quader said he sought shelter at the local union parishad to save his life, but to no avail.
“Even if the man was a criminal, he could be brought to justice. He could be punished under the existing law if the allegation against him was proved.”

GM Quader said the lack of security of life and property in the country is obvious. Death of people in road accident seems to have become a daily matter.
He said the government will have to take steps to improve the law and order situation in the country, adding that the lack of accountability at all levels has created a deficit in good governance.
“We want an end to murder, rape and injustice in the country,” he said.