A desire for an undistorted republic 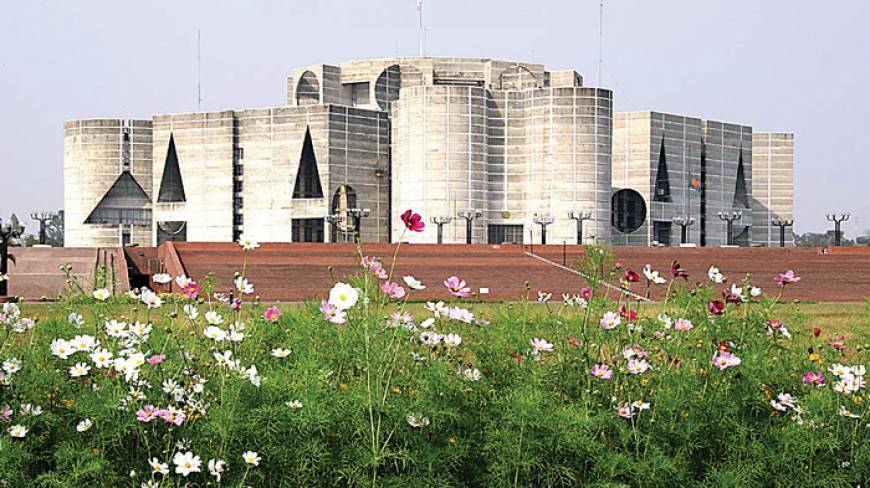 GM Quader
We need to return to the values of a true democracy.
An advertisement for a tea company states: “Tea in the cup is finished, but the taste still remains.” Some critics see similarities in the case of democratic practices in Bangladesh. The last drop of democracy has been gulped down, but its residual feeling still lingers on.

The elections held on January 5, 2014, are questionable for various reasons. For one, they did not receive legitimacy by most people, both inside and outside the country. By holding that one-sided election, a mostly one-party parliament has been formed.

Many feel that, taking advantage of the situation, amendments to the constitution were made, amendments which suit the ruling party. The structure of governance has been transformed into the absolute rule of one person. According to some, the republic has now been converted to an autocracy.

Dictatorship means the supreme rule of one person. In a dictatorial rule, the authority of the head of government does not remain within the jurisdiction of the executive branch of state. All other institutions, formed to enforce the answerability of the government and for creating an environment of responsibility in society, are made to come under the effective control of one person.

The head of government thus puts himself or herself above the accountability structures, and clinging to power indefinitely can be managed by engineering the outcome of election results.

In a parliamentary system of governance, the parliament is the main institution for ensuring accountability of the government, including its head. Most of the members of the current parliament belong to the ruling party, providing more than absolute majority in numbers.

A political party, which has only a few members, has been officially declared the opposition. The same party was then made a partner of the government by inducting its members into the cabinet.

Article 70 of the constitution bars members of parliaments elected from a party to differ with the party and be divided when voting in parliament. Anybody taking a different stand would lose membership. Due to this provision, the said opposition party cannot oppose any government proposal if they wish to keep their ministers in the cabinet.

So far, the opposition party in parliament has never voted against any government proposal. Critics term this opposition as being government-sponsored and pro-government. The parliament, as such, is devoid of any real opposition — an essential element for ensuring answerability.

Support of the majority or sometimes the absolute majority (two-thirds) of MPs becomes necessary for passing any resolution in parliament. The ruling party has that capability now. The head of government, ie the prime minister, is the chief of the ruling party, and also head of their parliamentary party simultaneously. All MPs from the ruling party are to abide by the PM’s directives.

The position of the president is determined by majority vote, and removal is decided by an absolute majority in parliament. Choice and continuation of the head of state is thus within the sphere of influence of the PM. While making any decision, even regarding issues under his domain, there is the possibility that the honourable president might feel pressure from the PM.

Selection and appointment of the chief justice (CJ) is the decision of the president and his removal has been brought under the parliament recently, effective with absolute majority support. The PM, again, is in a position to influence choice and the continuation of the CJ and thus has at least an indirect scope of being heard.

For judges of upper judiciary (UJ), almost equivalent procedures for appointment and removal are followed. The entire UJ is under an identical position.

All constitutional bodies, such as the EC, ACC, Public Service Commission, etc exist with the scope for accommodating the PM’s desires. Removal from positions within these bodies has been carried out through parliament now with the absolute majority support of MPs.

The elections held on January 5, 2014, and the subsequent by-elections and local government elections were conducted in such a way that many people have lost faith in the EC. It is now widely believed that the actions of the EC and the election outcomes reflect the desire of the government. The same applies for ACC and all other constitutional bodies.

The PM’s position looks to be above accountability structures and possesses the scope of perpetuating power. By definition, this is the opposite of a democracy and has close similarities to a monarchy.

All forms of media — print, electronic, and social — are gaining more and more effectiveness in disseminating news and information to the public. In a democratic society, these are considered positively as assisting corrective measures whenever necessary.

But, for autocrats, media is a source of embarrassment. Restrictions, monitoring, and provisions of punishment are imposed to control the media. As former President Ershad, one of the most experienced politicians of the country, said: “The government is restricting the freedom of the press. The media cannot write or express their opinions now. They have to say whatever the government wants them to say.”

In an autocracy, the possibility of peaceful transfer of power is non-existent, causing disturbance to the natural flow of politics, leading to social unrest. Economic activities get sluggish and development suffers. An urge is created to change the government through violent and irregular means. Terrorism and militancy get the upper hand. The country is pushed backward indefinitely. This can also become a source of concern for people living in neighbouring countries and elsewhere.

Every conscious citizen, including the patriotic political leadership, should be alert that the country is moving on the path of unadulterated democracy and not towards any disguised dictatorship. The People’s Republic of Bangladesh is to stay undistorted in a real sense, and not in name only — this was the essence of the Liberation War, and the ultimate aspiration of our independence.