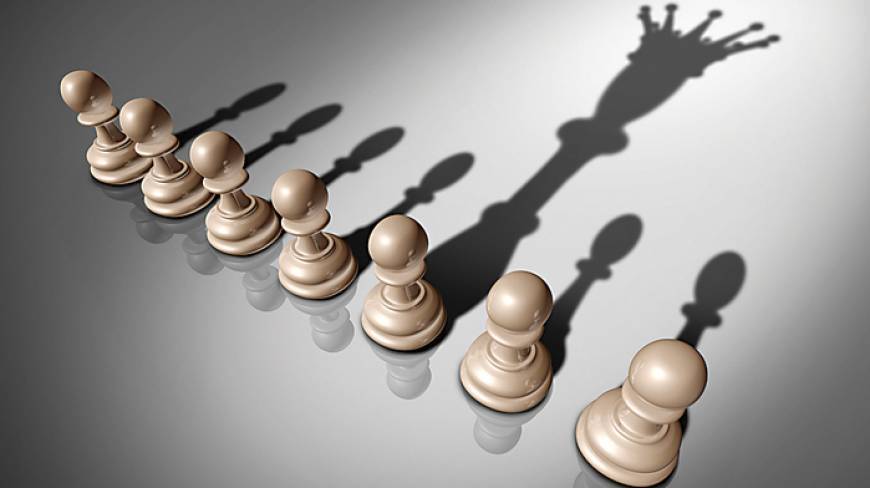 What kind of ruler do the people want?
Photo- Bigstock

Monarchy was a widely-used system of governance in the medieval ages. With the passage of time, the consciousness of people about their rights starts growing. Monarchies are being discarded, as a result, and are not seen much in the modern society.

Some countries, mostly the modern and developed ones, maintain a sort of monarchy for the sake of heritage. It is, in fact, monarchy by name, where people, by their own choice, keep a powerless monarch in the highest position of dignity. But these countries are governed by democratic norms and fulfill all the criteria of a republic.

In a monarchy, the king owns a lot of the wealth of a country. The king also has ownership of the people. Being the owner of all the assets, including human resources, the king is authorised to utilise those as per his desire without any accountability to anyone.

In a kingdom, all capital, including human capital, are required to be maintained properly for better utilisation in favour of the king. Effective administrative set-ups and different forces become necessary for executing those functions. The ultimate objective of those is to ensure the continuation of the power of monarchs and assist in the exploitation of assets by the ruler.

The king appoints family members and cronies to important, high positions of administration in order to guarantee that. In a monarchy, the role of the people is to praise the king and members of the royal family, and devote themselves to serving them.

In a republic, general people become the owners of all the resources of the country. People also have the ownership of the entire power of the state. They own the government. They can exercise their options to decide who will become king or chief executive (known as prime minister in the parliamentary system of governance, and president in the presidential system), for how long, and in what way he or she operates.

The ownership of the country, including resources and authority, lies with the people. The chief executive (CE) is selected by the people to carry out specified jobs under a definite guideline against fixed benefits. The main emphasis for administering the republic is protection or enhancement of public interest and welfare.

The CE’s responsibility lies in ensuring that. Administrative set-up and different forces are to be utilised for achieving said objective only. Using those to fulfill any personal ambitions or for profiteering is to be considered a criminal act.

Since the CE is like an employee of the people to perform as per their expectation, a system of accountability is necessary for assurance. There are different institutions within the frame-work of the republic to ensure accountability of the executive. In the parliamentary system, the prime institution is the parliament, with the judiciary alongside it.

Additionally, the EC, the ACC, Human Rights Commission, etc are institutions to support the system. In addition, the media has been gaining considerable effectiveness.

If the CE becomes too ambitious and tries to cling to power perpetually, gaining personally and hampering public interest, he or she has to evade accountability. Institutions of accountability would thereby need to be made ineffective. The republic would be transformed into a totalitarian system by imposing the control of the CE on all of the above institutions.

Restrictions on media would be imposed. The EC would be made to manipulate election results. The totalitarian system makes the executive head ever-lasting and above answerability, which breeds autocracy.

Autocrats share state power and proceed with family members and cronies. Irregularities and corruption flourish unabated, human rights are abused, and governance suffers. Generally, autocrats pre-decide their heir, that too mostly from their immediate family. Even when not, a similar hierarchy is chosen. When hierarchal ascent to power is made mandatory in the system, totalitarianism is transformed to a monarchy. This is the only difference between a totalitarian autocracy and a monarchy — both are otherwise similar in all respects.

The name of our state is “People’s Republic of Bangladesh.” Part I of the constitution is “The Republic.” Article 1 of part I says the country is a republic.

It is uncertain what disposition the Republic of Bangladesh is holding now. The public feels Bangladesh is drifting backwards, passing transitional stages. They fear their right of ownership of the state is slipping away. Symptoms of totalitarian rule, autocracy, monarchism, and signs of transitional action are made visible.

Conscious citizens, especially the political leadership, are to find due solutions to stop this from slipping further backwards. Politics should be pushed forward to establish permanent ownership by the people of the state by ensuring their right to vote, to govern, and to have a claim on national assets. Otherwise, Bangladesh may end up an unreliable old car on the expressway of development.
– See more at: http://www.dhakatribune.com/op-ed/2015/aug/20/monarchy-or-republic#sthash.Job1r4Qs.dpuf