Not a constitutional right 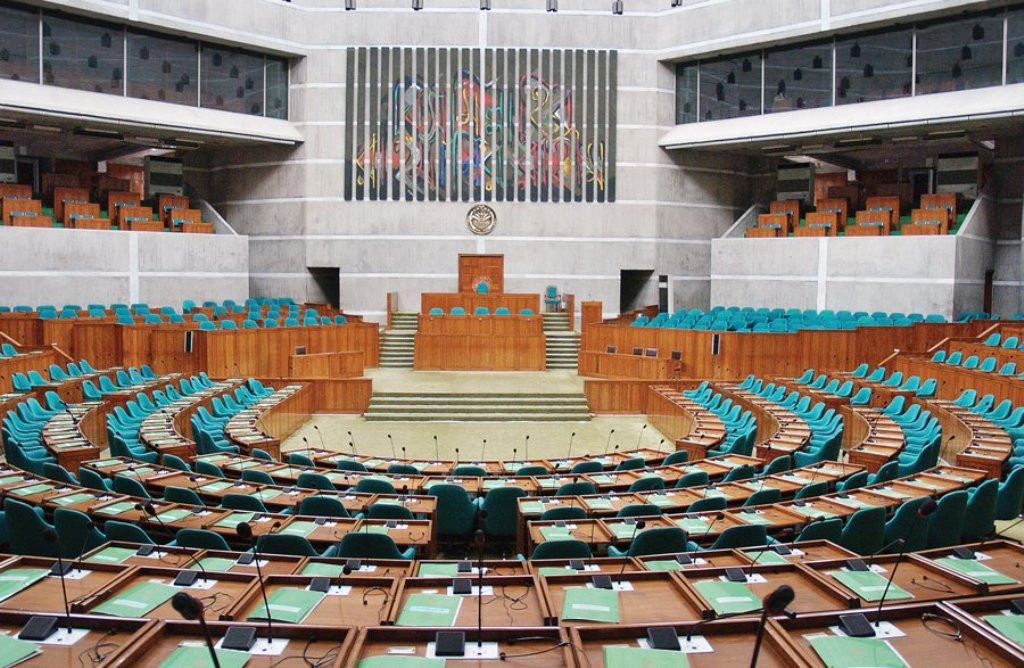 What is the state of democracy in Bangladesh today?GM QuaderThe second paragraph of the Constitution’s preamble states: “Pledging that the high ideals of nationalism, socialism, democracy and secularism, which inspired our heroic people to dedicate themselves to, and our brave martyrs to sacrifice their lives in, the national liberation struggle, shall be the fundamental principles of the Constitution.” Although “democracy” is one of the most important principles among the aforementioned four, my analysis here would portray that the opportunity to practice democracy has not been inserted in the current constitution. Rather, an attempt has been made to centralize all the powers of the country in the hands of a single person.Executive Article 55 (2) of the Constitution says that the “executive power of the Republic shall, in accordance with this Constitution, be exercised by or on the authority of the Prime Minister.” Read with Article 56 (3) of the Constitution which mentions that the “president shall appoint as prime minister the member of Parliament who appears to him to command the support of the majority of the members of Parliament,” it becomes evident that the prime minister retains all executive powers. It may be mentioned here that, historically, the head of the party which gains a majority in the national parliamentary election is appointed as the prime minister in Bangladesh.ParliamentArticle 70 of the Constitution states that “a person elected as a member of Parliament at an election at which he was nominated as a candidate by a political party shall vacate his seat if he: (a) resigns from that party; or(b) votes in Parliament against that party;but shall not thereby be disqualified for subsequent election as a member of Parliament.”Due to the aforementioned provision, members of parliament from all parties are barred from freely reflecting on their intellects, considerations, conscience, or the opinion of their respective constituents. Parliament members of the ruling party are also bound to opinionate according to the decision of the party chief or the prime minister, since Article 70 leaves no room for them to dissent. Decisions of the parliament are taken on the basis of the majority according to Part IV Rule 94 of the Rules of Procedure of the National Parliament.

The government had lost the legal battle to defend the 16th constitutional amendment, which nullified such authority on the government’s part. Hence with an exception of this, the entire control of the subordinate courts and the Supreme Court actually lie in the hands of the prime minister as mentioned above, through the president.

Concluding remarksWhen all three pillars, in order to distribute and balance state powers, are brought under the control of the same person, then there is no iota of doubt as to the fact that the system is anything but democratic as it stands.Strictly in the legal sense, there remains no opportunity to practice democracy in Bangladesh at the moment. In order to uphold the principles of the Constitution and the spirit of the War for Liberation in Bangladesh, it is a crying need to bring amendments to the concerned aforementioned provisions of our Constitution.GM Quader is a Bangladeshi politician and the current chairperson of Jatiya Party.